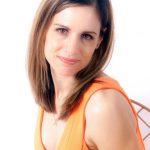 In order for you to decide, you will need to read the following link to a USA Today news report. https://www.usatoday.com/story/news/nation-now/2018/02/20/did-shunning-jehovahs-witnesses-drive-mom-murder-suicide/355626002/ After reading it, what do you think happened? Your comments should be insightful to other readers 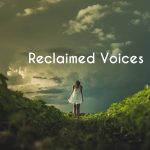 By: Aswin Suierveld of Reclaimed Voices

I would like to give you an update of the current situation about child sexual abuse within the Jehovah’s Witness organization in the Netherlands and what our group, Reclaimed Voices Foundation – https://www.facebook.com/reclaimedvoices/ – is doing about it. (https://reclaimedvoices.org/)

In December 2017 the Ministry of Justice and Security spoke with men who are responsible for JWs in the Netherlands. This conversation was in response to articles in Trouw, a Dutch newspaper, as the Dutch government was alarmed about Watchtower’s policy on reporting child sexual abuse. The Minister of Legal Protection advised JWs to read and comply with the Deetman Report, which was given to the Catholic Church in the Netherlands in 2011.

Reclaimed Voices was also invited to talk with representatives of the ministry. We decided to write a document with background information about Watchtower, their policy on reporting child molestation, our opinion of how we thought Watchtower would react to the Deetman report, a summary of the Australian Royal Commission’s report, and the goals for Reclaimed Voices. We called our report, which was almost 30 pages, “Sexual Abuse at Jehovah’s Witnesses – background and recommendations.”

On January 26, 2018, we had a meeting with staff from the Ministry of Justice and Security and we gave them our report, which was printed and bound.

On January 18, we met with a journalist from RTL Nieuws. She decided to share the problem of child molestation among JWs on a special television program. She also put pressure on the ministry through the media, hoping they would initiate an investigation, and introduced us to Nico Meijering, a well-known Dutch lawyer.

On January 26, after we had been at the ministry, we had our first meeting with Meijering. Later that evening the first major news story about Watchtowe’s child molestation problems was aired on Dutch TV.

On February 8, a second major news story was aired by RTL, where it was announced that a number of victims were planning to report their personal stories. It was also reported that JWs keep documents concerning perpetrators of sexual abuse, which are not reported to the police.

Because we were afraid that Watchtower would destroy their files, our lawyer gave a firm warning: “It is a serious crime to destroy evidence that could lead to an investigation and prosecution in order to resolve such crimes as child abuse. So don’t let it get that far and be so stupid to go and destroy evidence, because then there will be an even bigger problem.”

On February 14, after a few days of very challenging work on our part, thirteen victims of sexual abuse, through our lawyer, made a request to Watchtower-Netherlands to release the files about their abuse. This request was shared in the media.

On February 15,  the problem of child sexual abuse within the JW community was discussed by the committee of the Ministry of Justice and Security. Raymond and I were present and sat at the public stand. The majority of politicians were aware and appeared concerned about the problem. During the meeting, a 11-page letter from our lawyer was discussed, in which he lodged a request for release of the files for the thirteen abused JWs. His letter had been sent to the Public Prosecution Service.

One of the issues that both the lawyer and the ministry are concerned about is the fact that JWs have their own legal system, which they place above the law of the country and based, among other things, on Acts 5:29.

The Minister promised to respond in writing to Meijering’s letter. We have the impression that he takes this problem very seriously. We now hope that an independent investigation will be started.

I sometimes find myself in tears now that people from outside the ex-jw community finally understand what is going on, which is encouraging for victims

We’re not there yet. In the meantime, we are preparing a collective prosecution in which six or seven survivors will participate. This is in full development.

But it is encouraging to know that we are not alone. We are joined by thousands of people worldwide with the same goals as Reclaimed Voices: A safer environment for children, both in a religious setting and in society as a whole.

Best wishes to you all and kind regards,
Aswin Suierveld of Reclaimed Voices (https://reclaimedvoices.org/missie-en-vissie/) 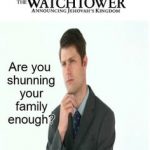 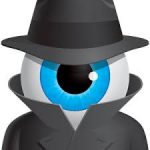 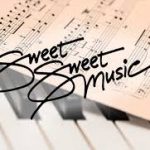 Sweet music for anyone waking up to the reality that Watchtower is only bells and whistles: https://www.youtube.com/watch?v=qBhun-jEim8&index=50&t=25s&list=PLy68d-9E4ku4E9QH9F6MUU4tfNDZ0CkFU 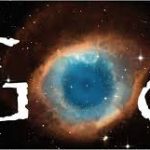 One of the biggest myths within organized religion is that the clergy speaks for God, or, at least has some better line of communication to the Divine than the average person.This of course begs the question: Do Watchtower’s Governing Body members and the Watchtower magazine speak for God, Jehovah God? To help you answer this question, to give you some food for thought, please check out the blog post at:  https://www.openmindsfoundation.org/triangulation/ 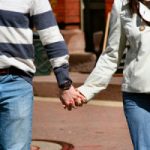 Four years ago, Mickey Hudson published her story about love and sex growing up as a Jehovah’s Witness. It’s a story that continues to capture reader’s interest and so we want to share her story again in 2018.

In her inimitable way, Mickey told us, “Growing up as a JW can warp and twist a young person’s mind about many activities, sex in particular. At least that’s how it was for me.

“I would think: Okay, those things are wrong, but I don’t even know what those wrong things are. So I promised myself that as soon I found out what the heck they were, I would never do them.”

You can read the full story by clicking on the following link at: https://www.aawa.co/blog/love-sex-what-ive-learned-since-leaving-watchtower/ 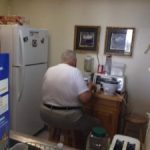 Few stories had the impact that Rick Gonzalez’s Shameful Shunning in a Thousands Words had in 2013. It’s a timeless story and a priceless picture that needs to be shared again and again. Or least until Watchtower stops its mandated Talmud-like shunning policy. You can access the story at:   https://www.aawa.co/blog/shameful-shunning-in-a-thousand-words/