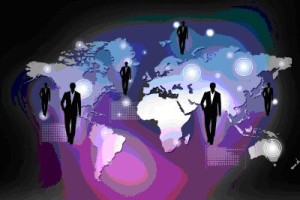 Since its start-up in March 2013, AAWA’s mission has been: To educate non-Jehovah’s Witnesses (those who are not JWs and not ex-JWs) around the world about Watchtower abuses. By working behind the scenes, we have seen steady progress from our efforts.

Before we share some of our successes, we would like to report what did not work for us.

In the beginning, the founders of AAWA thought that building a large social network made up with hundreds of volunteers would be the road to success. That did not happen.

Our most successful strategy was creating a network of support outside the ex-JW community. Among those important partners from around the world are mental health care providers, writers, educators and members of the media – individuals who are familiar with and understand cult dynamics and unethical persuasion methods.

Because of these alliances, three milestone successes achieved in 2015 were:

1) Securing 501 (C) (3) status for AAWA from the Internal Revenue Service in the United States.

2) Helping Steven Hassan and Jon Atack author and publish books about the Watchtower’s culture of coercion, manipulation, undue influence, brainwashing, and mind control – or whatever word or words one prefers to use.

Creating and helping to fund an international organization called Open Minds Foundation. One of the key strategies for Open Minds will be to shine a bright light on all groups, including Watchtower. That applies to anyone that uses social, physical, emotional or spiritual pressure on individuals as ways to persuade them to align with someone or something against their own better interests. The Open Minds Foundation website, which is still under construction, can be accessed at http://openmindsfoundation.org/.

Other successful 2015 activities and 2016 projects are:

• Working closely with AJWRB.org (Advocates for Jehovah’s Witnesses Reform on Blood) to ensure that current and relevant information is available about Watchtower’s blood policy to doctors, hospitals and the media.

• Working with several writers and educators to co-author and produce a book which will be titled Unethical Persuasion: Undue Influence, Psychological Manipulation and Brainwashing.

• Partnering with other influential and successful organizations like Survivor’s Network of those Abused by Priests (www.snapnetwork.org); Child Friendly Faith www.childfriendlyfaith.org (support for faith communities); www.freedomofmind.com (creates awareness of the methods of undue influence); www.infosekta.ch (helps members of sect-like communities); and www.icsahome.com (an international cultic studies association).

• Working with expert researchers and mental-health practitioners to compare the abuses and methods used to control Jehovah’s Witnesses that are similar to those of other cult-like groups, and to sharing our findings.

• Drafting and sharing personal interest stories, press releases and op-ed pieces to newspapers and other media outlets about Watchtower abuses.

• Organizing and convening conferences, meetings and events to provide evidence of abuses to investigators and the public.

• Meeting with and educating hospital personnel, resident doctors and medical students at their Universities to explain Watchtower’s blood transfusion policy.

• Convening a think tank of scholars, lawyers and politicians to make the public aware of policies, from groups like Jehovah’s Witnesses, which violate basic human rights and break up families.

• Working with legal experts and other authorities to bring attention to the Watchtower’s fraudulent misuse of their charity status to gain tax breaks and their misuse of public money to maintain their vast real estate holdings.

• Helping to conduct a study to see if Jehovah’s Witnesses (a pseudo-religious group) use a disproportionate amount of social welfare systems due to Watchtower policies. We suspect that a higher percentage of JWs are subsidized by the public financed welfare system than members of other more benevolent religious groups.

• Working with universities and research teams in the USA, Canada and Europe.

• Assisting writers to tell their personal stories about how they were able to leave the Watchtower and move on to lead more productive and happier lives.

• Helping Bonnie Zieman promote her books on the value of therapy for ex-cult members at:
BIBLIOTHERAPY-Psychological-Manipulation-Exploitation-Mind-Control and EXiting JW Cult Handbook Witnesses

• Developing an information packet, which will be distributed free-of-charge, for ministers in Uganda to protect their church members against the undue influence of Jehovah’s Witnesses who are targeting Ugandan citizens.