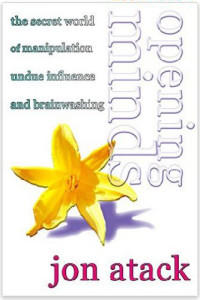 How would I describe Jon Atack’s most recent book, Opening Minds:…?

I could start with “totally engaging, thought-provoking, damning, and scary as hell.” Then I would add “brimming with mind-boggling facts” and “expertly written.”

Jon’s writing style reminds me of my grandfather, who was a very caring, wise and gifted story teller. Yes, Jon is blessed with that rare talent, as a storyteller, of being able to delightfully grab and hold your full, undivided attention and light a fire in your belly at the same time.

Opening Minds is a stirring wake-up call, a warning about the ease by which the human mind can be tricked into surrendering to subtle, uninvited, and unethical persuasion techniques. These are methods that can undermine even the most intelligent person’s critical thinking skills – ultimately reducing that person into unthinking compliance.

Jon makes a convincing case that “psychological manipulation”, “undue influence” and “brainwashing” – or whatever one chooses to call it, challenge the very notion of human rights. The use of undue influence by abusive individuals, authority figures, unscrupulous cults, high-control pseudo-religious groups and totalitarian organizations is growing at an alarming rate. Yet, the concept of “undue influence” remains a well-kept secret from both the media and the general public.

In his book, Jon explains that it is only by understanding the principles of “undue influence” that our modern societies can be made resistant to extremism. On that issue, he “delivers the goods.”

Jon does a masterful job of carefully and patiently explaining the process of “undue influence” and how it follows a predictable series of ten specific steps.

His compassionate – but alarming – story of “Omar’s” immersion and radicalization process into a terrorist cult is very powerful. It should convince even the skeptics of how easily a smart, scientifically educated and rational person can be transformed into a suicide bomber.

Jon’s chapter on how the mind works and what makes the mind susceptible to outside influence is ground-breaking. For example, these facts totally blew me away:

“If the unconscious mind is Mount Everest, then consciousness is about the size of a pebble on the top. The awareness or working memory is about two to three seconds in capacity. At most, it contains seven channels of information…” 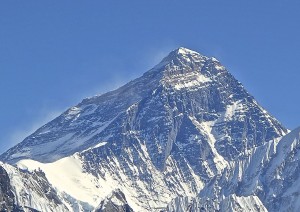 He then goes on to explain how the subconscious can be manipulated by groups like Jehovah’s Witnesses, ISIS and Scientologists to foster a new identity – a pseudo-identity – within their victims.

I personally believe that to clearly identify a problem is half of the resolution process. Jon Atack achieves that objective by doing a superb job of explaining the sinister and pervasive problem of undue influence in today’s society.

Opening Minds: the secret world of manipulation, undue influence and brainwashing should be required reading for all concerned citizens around the world.