After reading my first article on the prevalence and danger of “undue influence,” I’m sure that many of you may have questioned my ability to edit my own writing. Some readers may have thought that I’d developed some strange quirk – or simply lost my mind.

No, I haven’t lost my mind. And yes – I did repeat the descriptive phrase “undue influence” 22 times in that article. I’m sure that many readers considered my essay to be a textbook example of an excessive use of a single two-word combination. I broke the rules and simply ignored my grammar checker as it kept firing off complaints about my repetitive behavior. Why?

Because I wanted to burn those two words forever into your conscious mind!

What scares me – and it should terrify you as well – is that undue influence may be the fastest spreading plague that most people are oblivious to, because they simply do not understand how this mentally debilitating “control process” works. 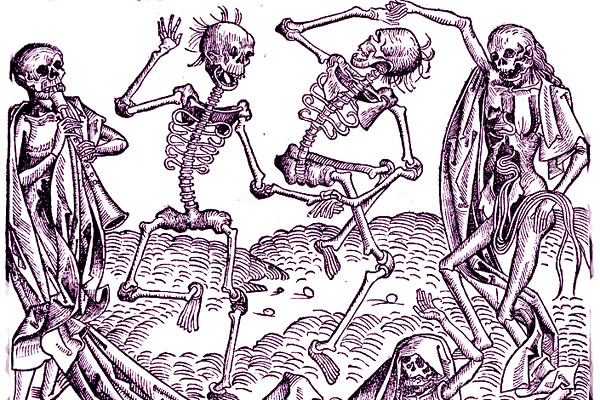 If you paid attention and share my concerns, this second article should prove enlightening and helpful as I explore and suggest various ways we can try to stop this fast-growing menace.

How Can We Stop This Rapidly Expanding Menace to a Free Society?

Universities and high schools need to educate students how to identify undue influence and inoculate them from its harmful potential. Funds and grants should be allocated for research and treatment for victims of undue influence.

Reform in the public education system is urgently needed to teach people how to think for themselves and make independent decisions, rather than simply instilling “obedience.” Students should be encouraged to question established beliefs and behaviors and taught the value of intelligent disobedience.

“Whistle blowers” should be supported, rather than attacked. Advocates should be encouraged to battle against our tendency to “groupthink.”

Therapists must be better trained to help victims assimilate back into society. Online training courses and internet resources should be easily available to anyone. Governments need to consider ending tax breaks for all groups that use undue influence to manipulate their members.

Documentary films, like Gregorio Smith’s Truth Be Told or Alex Gibney’s Going Clear, which address the culture of undue influence, need to be required viewing. And more films focusing on undue influence should be produced.

Lawyers, along with individuals and families, need to work together to create legal precedents and frame template lawsuits to improve redress for victims of undue influence in all age groups.

Universities and qualified research teams should be encouraged and assisted to report accurately the real costs to society because of undue influence.

At a Personal Level

The general public can protect themselves from undue influence by studying material that offers rational and evidence-based approaches to life, ethics and history. Everyone needs to learn how to be open-minded and prepared to question everything they read or anything others tell them. That also includes a willingness to learn how to “disagree agreeably.” We all need to consider “new evidence” carefully, even when that evidence goes against our convictions and biases.

Individuals need to make their own decisions about right and wrong, good and evil, harm versus help, and the “greater good” versus benefits for “the few.” Everything we do should be judged on overall benefit, not only to ourselves, but for those around us. If a politician or self-styled “prophet” tells us that he or she alone has the “absolute truth,” we should treat those claims with automatic and extreme skepticism.

We should never let a day go by without resisting and exposing those who try to influence us by using shaming, threatening or shunning. We should take every opportunity to educate our families and friends about the dangers of undue influence to protect them from harm.

Some people who have been subject to undue influence were recruited. Others were born into unethical, high-demand groups and cults. These are very different experiences and require different solutions. It is especially difficult for those born into such groups to escape their conditioning because they are not aware that they have been “conditioned.”

There is another huge problem for those who want to leave a cult, but have been subjected to many years of undue influence. While they may physically leave the cult’s confrontational mentality of 1) “us-against-them”, 2) “we’re right, you’re wrong”, 3) “black-and-white” thinking, 4) a highly judgmental view of people who don’t think and believe as they do, and 5) an insatiable need to tell others what is right and wrong, these five types of behavior do not leave them. This is only compounded by the guilt and phobias victims have unknowingly acquired while they were being unduly influenced.

If this is not bad enough, many people are trapped in unhealthy relationships and totalist cults –  unable to escape. Because of their fear of shunning or the threat of bodily harm, they are blackmailed into staying in the group. Because they are unable to take care of themselves outside the group, they remain.

The Need for Therapy

People are often unable to rid themselves of the cult mentality and suffer with the trauma of severe shunning. That is why there is a huge need for well-trained therapists who understand the process of undue influence. In fact, many ex-cult members will never fully recover unless they find and spend quality time with competent therapists.

If you visit a therapist, during your first session you should be sure to ask these questions which are adapted from “Take Back Your Life” by Gillie Jenkinson at www.hopevalleycounselling.com. “And remember,” says Gillie, “you do not have to continue with the first therapist you see. Don’t be afraid to interview the therapist to make sure he or she will be the one most likely to meet your needs.”

But there are potential risks to therapy, especially for survivors of “therapy cults” such as Scientology. Therapies that seek to relive the trauma of membership are often flawed. “Hypnotherapy” often does not achieve the desired results. Some people may even become dependent and addicted to therapy.

For many, complete recovery may come from informal therapy through association with other ex-members who have fully recovered. The most significant therapy can often occur after a lively discussion about the principles of the group.

Information is available to help people understand how undue influence works and to help them expel the toxic residue from it. This information can help victims transform their lives from the “group identity” to their own “authentic identity.”

I recommend that everyone read the following three books:

Robert Cialdini’s Influence is used in universities around the world, as is Aranson and Pratkanis’s Age of Propaganda. Other books are available, but this is a good place to start if you want to understand how undue influence works.

Professor Khapta Akhmedova recommends Jon Atack’s Let’s sell these people A Piece of Blue Sky for an understanding of the dynamics of cultic involvement. Paralleling is the best way to understand your own involvement, without feeling challenged, so this is useful for non-Scientologists. Blue Sky has proved useful because, with its vast array of techniques, Scientology is the microcosm of almost all possible cult practices.

[This article is part two of a three-part series by Richard Kelly focusing on the threat of undue influence.]