I am deeply concerned about the growing menace of undue influence in our society and how quickly it takes place in the manipulative hands of terrorist groups, cults, cults masquerading as benevolent religions (like Watchtower), violent gangs, human traffickers, and political cults, both right and left wing.

While each group or cult has its own unique ideology, the members and the general public are totally unaware of the undue influence that validates those ideologies. In fact, due to undue influence, members usually believe the techniques used to induce their submission to the cult’s or group’s belief system and hype are actually beneficial.

What Is Undue Influence?

Undue influence is the application of social, physical or emotional pressure on an individual(s) in an effort to persuade them to align with someone or something against their own better interests. Also known as brainwashing and mind control, undue influence involves a person or a group taking advantage of a position of power, preventing the targeted person from wanting to or being able to exercise their independent will.

Undue influence is a well-established legal term that has been understood and used in courtrooms for over 500 years to provide remedy for victims. Because of the term’s legal precedence, AAWA prefers to use the words undue influence.

However, one can use the words brainwashing and mind control, as well as the following terms:

All of these terms are valid, and their very existence demonstrates how widespread the phenomenon has become.

By focusing on the words/term undue influence, AAWA hopes to increase the resistance of millions of people, preventing undue influence from derailing critical thinking and overwhelming even the most intelligent of people, reducing them to unthinking compliance.

How and Why Do People Allow Themselves to be Unduly Influenced?

When undue influence is imposed on unsuspecting recruits by high-demand groups and cults, it often begins with flattering “love bombing” and idealistic promises. The recruit may be promised eternal life or life in a Utopian world with no injustice. The recruit may also be offered élite status in a better society that the group will bring to fruition.

The hook for terrorist groups, like Daesh and Al Qaeda, is the promise that years of injustice toward Muslims will be undone, and a restoration of the glory days of the Caliphate, when Islam governed half of the known world.

Once recruits have bought into the promises and hyperbole, they are introduced to a systematic method of control: one small step at a time.

This methodical system of control—undue influence—disrupts the person’s authentic personality and constructs a new cult-like identity, which aligns with the group’s leader or leaders. In the process, the ability to think rationally and act independently is compromised, even for people considered “highly rational” prior to being unduly influenced.

Optimum undue influence occurs when the overall effect of the methods to control behavior, information, thoughts and emotions promotes dependency and obedience to a cause, leader or group. Members of high-demand groups and cults being unduly influenced can live in their own homes, have 9-to-5 jobs, be married with children, and still not think for themselves or be able to act independently.

What Kinds of Groups and People Use Undue Influence?

The dangerous effects of undue influence are easy to spot in groups like Islamic State (Daesh or ISIS), which boldly claims to be a legitimate religious movement. Its use of undue influence to radicalize young people, in pursuit of its agenda, has led to some shocking examples of human depravity. One does not need to be a psychology major to realize that mass executions and public beheadings do not follow the “free will” or normal behavior of otherwise bright, educated young men unless undue influence had been brought to bear by their autocratic leaders.

These high-demand groups, cults and abusive people are not only guilty of undue influence: they also egregiously violate the fundamental human rights of their members, former members, and people and the groups that oppose them.

Again, while each of these groups is different and distinct, with its unique ideology, the common ground is the methodology—undue influence—used to undermine the critical thinking skills of members and replace them with the leader’s or group’s objectives and a polarized us-against-them and black-or-white mentality.

How Great of a Threat is Undue Influence to a Free Society?

It is a significant threat to fundamental human rights and a free society when undue influence is used to behead and murder innocent people, crash passenger planes into buildings, break up families, deceive followers to shun family members, order parents to beat their children under “biblical commands,” persuade people to break the law, cheat people out of their inheritance or property, turn adolescents into slaves and prostitutes, threaten parishioners with excommunication if they report child molestation or domestic violence to the police, or coerce parents into allowing their children to die, because it is supposedly “God’s will” or accords with the master plan of a high-demand group or leader.

One of the most alarming consequences of undue influence is the radicalization of young intelligent men and women, who come from good families and become recruits for aberrant Islamic groups like ISIS or Al Qaeda. The propaganda war being played out on social networking sites is growing across Europe and becoming increasingly devious and seditious in its capacity to alienate potential recruits from family and friends. 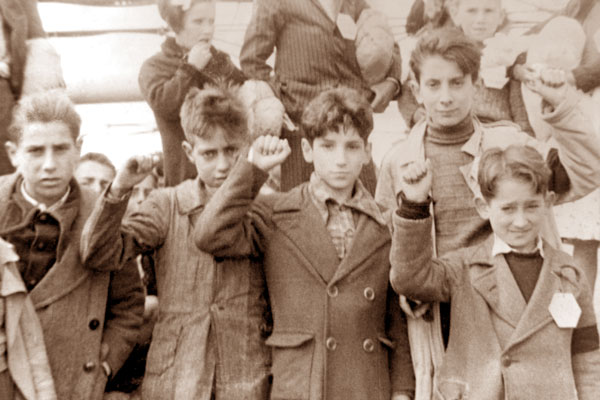 The undue influence process can occur very quickly, anywhere from one day to two weeks. Currently, the UK police are taking down a thousand websites a week. The potential for accelerated growth in the industry of radicalization is very real, extremely dangerous and toxic to society as a whole. As radicalization grows, so must the countermeasures of methodology to inoculate and pacify this threat.

Unfortunately, governments have tended to take the advice from a handful of academics who dismiss the social influence processes (undue influence) used to radicalize young Muslims into Wahhabi ideology. Yes, Wahhabi ideology and not Islamic ideology, just as it is not Christians at Waco, but rather Branch Davidians at Waco.

Additional costs to society from groups that use undue influence

Many of these high-control groups and cults have tax-exempt or even charitable status, which means citizens pay the taxes for any properties they own and the services required to maintain those properties.

While these tax exempt groups receive billions of dollars from members, they do not recycle that money into the local and/or global community to improve society, instead funneling it to the leaders, while members often live in poverty. In other words, there is a deplorable absence of socially beneficial works.

To meet the demands placed upon them, many members of such groups are subsidized by the social welfare system, costing society even more money, because these groups rarely provide any health care for members.

[This post is the first of a three-part series by Richard E. Kelly focusing on “undue influence.”]