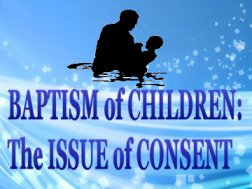 The issue of whether a person has consented to a particular action is a core part of our social relationships whether they are personal or group interactions. To participate in any social relationship a person must on some level consent to that participation. For consent to occur a person must know what it is they are consenting to and must have true freedom to say yes or no. Unless both of these criteria are present and valid true consent cannot occur.

For example, for a person to “consent” to joining a group they must be fully aware of the rules of the group. Non-disclosure of the rules before the consent is given would be fraudulent on the part of the group and would therefore make any implied “consent” invalid. This is true in all legal contracts whether written or verbal. Both parties must clearly have stated what they are consenting to before the contract is valid. Withholding information vital to the contract invalidates it. However, if all the articles of the contract are clearly spelled out and one party refuses to read the articles, often referred to as “the fine print,” then that refusal is taken that full acceptance of the contract is valid.

A point can be made about children and the issue of consent. In some cases, children can and do ‘consent” to certain relationships. A boy may get a job as a paperboy. He is instructed on the rules of the job and the compensation for his work. Many children fulfill this type of contract responsibly.

But in our society legal experts agree that children do not have a legal right to make certain contracts. Due to the lack of maturity and knowledge inherent in being a child, giving “consent” would not fulfill the two criteria required for that consent to be valid.

In regards to a child giving consent to joining a religion such as the Jehovah’s Witnesses (JWs), as a full member, this issue becomes very important. Can children fulfill the conditions of full membership in the JWs?

Even if full disclosure was given to the adults who join the JWs (which they are not given), it is clear that children cannot. Children lack the information necessary to make an “informed” decision about the matter. They are ignorant about how adult contracts are made and enforced. More important, they are generally unaware of the social meanings of religious commitment. For example, they are unlikely to be aware of the rules and regulations surrounding religious expectations – what they are supposed to signify. They are uniformed and inexperienced about what criteria to use in judging the acceptability of any religion except the JWs. Children most often agree to certain behaviors out of fear or loyalty or a desire to please the adults in their lives or just to be one of the crowd. This would preclude the issue of freedom and therefore invalidate the contract. And finally, children have little way of knowing how other people will react to the experience they are about to undertake – what likely consequences it will have for them in the future.

In discussing the issue of consent, social psychologist David Finkelhor states, “For another thing, a child does not have the freedom to say yes or no. This is true in a legal sense and also in a psychological sense. In a legal sense, a child is under the authority of an adult and has no free will. In a more important psychological sense, children have a hard time saying “no” to adults, who control all kinds of resources that are essential to them. Food, money, freedom all lie in adult hands. In this sense, the child is like a prisoner who volunteers to be a research subject. The child has no freedom in which to consider the choice.” In a desire to please the adults around him or her, the child makes a decision based on wrong motives and inaccurate knowledge.

The basic proposition here is that child baptism is wrong because the fundamental conditions of consent cannot prevail in the relationship between a religion and a child. “It adds a moral dimension to the empirical one” (Finkelhor). Even if it could be shown that in many cases children were helped by religion affiliation, one could still argue that the baptism was wrong because children could not consent. The wrongness is not contingent upon the evidence of a positive or negative outcome.

Due in part to the emotions that religious affiliations create, we know that these relationships often come into conflict with other kinds of roles and social responsibilities. This conflict becomes apparent, for example, when Witnesses forbid certain social or scholastic activities with their peers.

Growing up in a Witness family brings a certain social stigma to a child. People in our society react with both alarm and prejudice toward a child who has been involved with the Witnesses even after the child grows up. This stigma may be unfair, but it does exist, and it is unfair of adults who wish it didn’t, to inflict such stigma on children, who cannot be fully cognizant of its existence. Finkelhor states, “To rear a child in a stigmatized status cannot be considered a crime in and of itself, or else we would have to support laws to make it a crime to bring up a child to believe in communism.” It is however, morally harmful to the child.

Children also would not be fully able to consent to such an issue because their minds are still developing. What a child wants at 10 or 11 is very different from what they want at 15 or 18. For a child to give consent at a younger age when his or her brain is not even developed enough to understand certain concepts, which can only occur at a later developmental stage, is absurd. To hold this child to his or her “consent” would be immoral.