When you can get faith leaders from many different religions to acknowledge that a church environment and the Christian mission field is a “magnet” for child sexual abusers – as Billy Graham’s grandson Boz Tchividijian described it recently – I believe there is hope.

That is why I’m acutely interested in the Nov. 8 conference planned by the Child-Friendly Faith Project in Austin, Texas, and why I urge the public and the media to support this ecumenical undertaking. It will bring together church leaders from a variety of religions and denominations, social services professionals and concerned citizens seeking ways to end the cover-ups of abuse that neither started nor stopped with the infamous Roman Catholic Church scandal.

There are a number of religious groups that allow child sexual abuse to go unchecked and unpunished. Tchividijian, a lawyer and executive director of GRACE: Godly Response to Abuse in the Christian Environment, acknowledged the high incidence of cover-ups in the evangelical community during the Religion Newswriters Association Conference in September.

“I think we are worse” than the Catholic Church, he told the gathering.

This is particularly troubling at a time when vulnerable people are turning to religion for spiritual comfort due to economic hardship, violent world conflict, and an apparent escalation of natural disasters. They expect to find a safe haven in the church – any church. If we, as a society, cannot ensure that religion is also a safe haven for children, what do we have left?

And it is particularly troubling for me personally to think that any church group would cover up child molestation because they believe it brings reproach on God. You see, 50 years ago, my 13-year-old aunt and I were sexually abused by the same man. Instead of calling the police, the leaders of the Jehovah’s Witness congregation I attended were told to deal with the problem.

In both cases, the elder in charge suggested that we girls go to live at another home away from our families. The issue was kept quiet and the accused person remained in the home and in the congregation.

Based on news reports and documentaries from 2002 to 2012, my aunt and I were not alone. Because the Watch Tower Society, which oversees Jehovah’s Witnesses, has a policy of not calling police about such matters, accused sexual abusers can remain safe within their congregations and free to find more victims. Knowing that Jehovah’s Witnesses are but a small group compared to Catholics and other Protestant groups, it’s painful to imagine the total number of children being victimized by protected pedophiles.

Some recourse for victims is occurring in the courtroom, but more often than not, the cases are settled out of court with gag orders, leaving the public unaware of the intensity of the cover-ups.

This may soon change because of one woman’s decision to not settle. Candace Conti made her brave choice after seeing a letter that the elders in her congregation had sent to the Watch Tower Society. It stated that Candace’s abuser was a man who had sexually molested his stepdaughter before victimizing Candace. The church leaders had advised the elders to keep the letter a secret.

With this information, Ms. Conti insisted on taking her case against the church to a jury trial; she wanted the public to know the details and react to stop child abuse cover-ups. In June 2012, the jury reached its verdict: The Watch Tower Society was found guilty of covering up child sexual abuse to protect a molester, and she was awarded $28 million in damages.

At the Religion Newswriters conference in September, Ms. Conti offered her gratitude to people and groups like Barbara Anderson, JWSurvey.org, SNAP, and the Child-Friendly Faith Project who have been speaking out, saying their efforts to report cases of sexual abuse have empowered victims.

“You give them a voice, and through their voice and your hard work, you are policy changers,” she said. “Through your diligence in getting these bad and inadequate policies into the public eye, you force these organizations and institutions to make changes. So please, go out and continue to make a difference.”

As the president of Advocates for the Awareness of Watchtower Abuses (aawa.co), I am one of many volunteers who are passionate about educating the public about religious practices that put children in harm’s way. And, I am hoping that leaders from the Watchtower will join other religious groups at the November conference to find solutions that will end future cover-ups of child molestation.

The aforementioned op-ed piece was submitted to the Huffington Post and New York Times several weeks before the CFA Conference. Unfortunately, it was not published by a major newspaper. Because of that, AAWA’s Public Relations Firm submitted the following wire service feed on November 7, 2013:

AUSTIN, Texas – Lee Marsh, president of Advocates for Awareness of Watchtower Abuses, urges the public to tune in Nov. 8 to a ground-breaking conference focused on ending religion-based child abuse.

You can watch the conference during a live stream beginning at 9 a.m. CST Nov. 8 at childfriendlyfaith.org. The goal is to end all religion-based child abuse and cover-ups that protect abusers. [Link to access live stream of conference.] 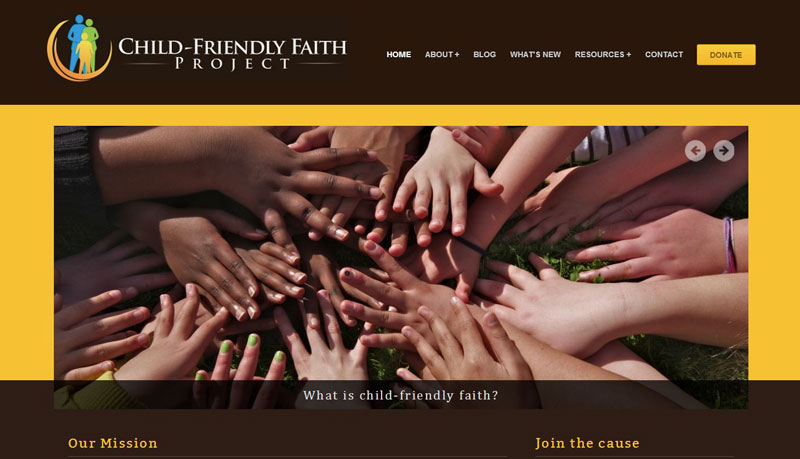 “There are a number of practices that hurt children,” says Marsh, who was raised a member of Jehovah’s Witnesses. “Some faiths encourage spanking and other physical abuse – even for small babies. Some forbid their followers from seeking medical treatment, relying instead on faith to heal, which has led to the deaths of children. And some allow child sexual abuse to go unchecked and unpunished.”

Religion-based child abuse is more prevalent than many believe, she says.

“It neither started nor stopped with the infamous Roman Catholic Church scandal,” says Marsh, who says as a child, she and her 13-year-old aunt were sexually abused by the same man.

“Instead of calling the police, the leaders of the Jehovah’s Witness congregation I attended were told to deal with the problem,” Marsh says.

“In both cases, the elder in charge suggested that we girls go to live at another home away from our families. The issue was kept quiet and the accused person remained in the home and in the congregation.”

“It’s important for everyone to be allowed to practice the faith of their choice and to draw the strength, support and instruction from it that they need,” Marsh says. “However, we have to protect the most vulnerable in our society from the practices that cause physical and emotional harm – practices that are not tolerated in any other area of civilized society.”

Lee Marsh is a retired trauma counselor and president of Advocates for Awareness of Watchtower Abuses and the Director of Support Services. AAWA is an international organization established to educate the world about five Watchtower’s policies that demean the basic human rights of its members and former members.