The Watchtower Society wants you to believe that reports of Jehovah’s Witnesses needlessly dying each year because they refuse blood transfusions are mythical and based on mostly unsupportable tales promoted by disgruntled and “mentally diseased apostates.”

That is their claim. “Move along. Nothing to see here. It’s just apostate propaganda. We have everything under control…”

Based only on the number of TV and newspaper reports each year involving the deaths of Jehovah’s Witnesses and their children, the facts are clear that hundreds of Jehovah’s Witnesses or their family members may die or suffer debilitating complications every year for refusing (as required by Watchtower directives) to allow medical professionals to give them necessary blood transfusions.

Being normal humans, Jehovah’s Witnesses will have accidents, suffer through serious diseases, and face organ failures as they age. And – just like the rest of us – they will go to hospitals expecting qualified doctors, nurses and technicians to do their professional best to cure, repair and heal them.

Medical studies have shown that everyone has a 20% chance of needing a blood transfusion at some point in their lives. Certain patients, especially accident victims, will need immediate transfusions to survive long enough for doctors just to stabilize their condition before beginning corrective treatment. 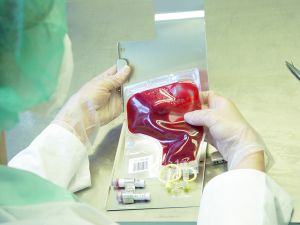 What happens when Jehovah’s Witnesses face such a situation? According to the Watchtower Society’s teachings they must refuse blood transfusions – no matter how dire their medical emergency might be. Some situations allow skilled doctors and specialists to find ways to work around the use of blood transfusions. Unfortunately, when injuries are especially severe, or there has been a delay getting a gravely ill or injured patient to a hospital, there are often no other medical options because the patient has lost too much blood.

A fair percentage of the 7 to 8 million Jehovah’s Witnesses will face this dilemma each year. Some will surely die if they choose to follow the Watchtower’s teachings. Unfortunately, most JWs will have to make this decision either for themselves or for a member of their family during their lifetime.

In recent years, the Watchtower has bragged about the number of “faithful Witnesses” who have remained steadfast and given up their lives by refusing needed blood transfusions. Those situations are frequently reported in newspaper obituaries and mentioned during Witness funerals, especially for younger Witnesses. On the other hand, when former Jehovah’s Witnesses and other Watchtower critics report on the alarming number of “blood related deaths,” the Watchtower claims that such incidents are “actually quite rare” and are “over reported” as part of some organized “apostate propaganda” program.

Sadly, the evidence does not support the Watchtower’s response to these reports. Frequent news stories from around the world prove that reports of needless JW deaths are factual and well documented. Try as they might, the Watchtower and its Governing Body cannot deny the truth.

In fact, the Watchtower is very proactive about making sure that Jehovah’s Witnesses or their family members do not weaken in their resolve when facing a personal blood transfusion choice. For nearly forty years, local JW “Hospital Liaison Committees” have actually shown up at hospital emergency rooms trained to block any efforts to convince JWs needing transfusions to change their minds and give themselves a chance to live. I’m sure many Jehovah’s Witnesses have been relieved when a hospital or local child protection agency has been able to get a court order allowing the doctors to use blood to save their child’s life. Unfortunately, court orders often arrive too late to be effective and the Watchtower “wins” by default due to creating a delay in treatment. The Watchtower might “win” – but the patient “loses” everything.

Some hospitals have banned JW Hospital Liaison Committee members (who are specially trained elders within a circuit or larger Kingdom Halls) and had the police remove them under threat of arrest or lawsuit. Some HLC representatives have actually encouraged JW parents to “kidnap” their own sick children to get them out of the reach of civil authorities.

If the Watchtower feels that deaths related to their blood doctrine are simple myths, then why are there literally hundreds of local Hospital Liaison Committees in North America and the UK? Are they just available for education and support purposes? Or are they purposed for strict enforcement of the Watchtower blood doctrine? The Kingdom Ministry of September, 1992 reinforced their blood edicts when they wrote “…be firmly resolved before any emergency comes up to refuse blood for yourself and your children.”

Recently the Michigan (USA) Court of Appeals ruled that doctors were not responsible for the 2007 death of a woman who refused blood transfusions because of her Jehovah’s Witness beliefs.

An appeals court upheld a Macomb County Circuit Court judge’s dismissal of the case filed by the estate of Gwendolyn Rozier.  A lawyer for Rozier’s estate indicated that another appeal is being considered and prepared.

Gwendolyn Rozier’s estate sued several physicians and St. John Hospital. The estate’s attorneys argued that the doctors were guilty of medical malpractice “by making medical decisions that required blood transfusions to save her life.” They claimed that the doctors knew about her religious convictions but did not use proper medical procedures to prevent her loss of blood during and after her kidney transplant.

When doctors discovered that her system rejected the kidney, they realized they could not save the transplant without blood transfusions to support the additional operation. Mrs. Rozier had signed documents stating that she refused to provide consent for blood transfusions. Her husband supported her position and refused to change the consent on her behalf. Both of the Roziers based their decision on their belief in the Watchtower’s blood doctrines.

Mrs. Rozier was 55 in August of 2007 when she received a kidney donated by her daughter. Three days after her release she was rushed to the hospital suffering severe abdominal pains. Doctors removed the transplanted kidney. Mrs. Rozier died August 29, 2007.

The plaintiffs’ attorneys expressed their view that it was not Mrs. Rozier’s fault that she died from her body’s rejection of the transplant and subsequent lack of blood. In spite of documented facts in this case, they blamed the doctors for not finding some other appropriate method to prevent blood loss.

Here are some of the court documents on this case:

Jehovah’s Witnesses only refuse blood transfusions because of specific doctrinal teachings promoted and enforced by the Watchtower Society. They do not come to this decision based on their own understanding of Bible history or any typical or traditional Christian doctrinal standards. The Watchtower runs frequent articles in their publications that continue to promote the idea that blood transfusions are in some way a violation of ancient Hebrew religious laws forbidding the eating of blood directly from dead or dying animals. They ignore the fact that blood transfusions were not known or even possible prior to the 20th Century – so the ancient prophets, early Christians and other writers of the Bible could not imagine the modern medical techniques involved that are available to us now.

Jehovah’s Witnesses also ignore the fact that Jewish scholars and rabbis make it very clear that transfusions from one human to another to save a life do not violate the Torah and do not fail Jewish dietary laws that set kosher standards. The truth is that most Jewish rabbis – even the most conservative among them – will simply shake their heads at the idiocy and lack of logic displayed by the Watchtower’s so-called “Bible-based” blood transfusion doctrines.