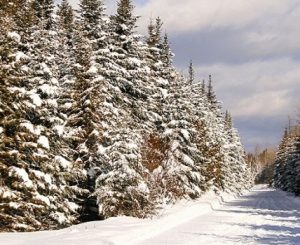 So often after leaving the Witnesses, we believe that we are alone. We have left all our Witness friends and family and because we had no one outside, we really feel alone in the world. I know when I left in 1985, I felt very alone.

Some of us had extended family who had never joined the Witnesses or for some who had left before us. We may feel shy about contacting them, especially if we avoided them or even shunned them while we were Witnesses. We may still believe we are required to shun those who left before us. We may feel ashamed about leaving, especially if we were disfellowshipped.

I think though, that we are ignoring a great untapped source of support. Extended family

Recently, I went to visit some extended family; aunts, sisters of my mother,one who is still a Witness and who dutifully shunned me. I felt shy about asking to visit them but they were more than open to the getting together. A cousin even offered to pick me up and drive me the 5-hour trip to the town where they all live. Although I had seen the family very briefly a couple of times over the years, I had never visited them or talked to them, other than a few words on Facebook.

What I experienced was beyond all hope and expectations. I met three kind, generous, loving, non-judgmental women who were open, honest and offered unconditional love and support. They had information I wanted about the family and I had information they wanted about the Witness family. We all had questions and answers for each other; an opportunity to mend old wounds and forge new bonds.

I met a few cousins, but missed many, many more. The descendants of this generation of the family are well over a hundred including their children, grandchildren and great grandchildren. The possibilities for friendship are many.

As a Witness I was told many stories about my family. Some were true. Many, if not most, were not. But it was only by meeting with them and finding out who they are that I was able to unravel the many lies that I had been told.

Non-Witnesses are not bad, scary people. They have ethics and morals. They are not leading lives of sin and debauchery. They know how to have fun without getting drunk and doing things we were taught that were evil. One evening, a group sat around and sang as my aunt played the guitar. It was lovely even though I knew few of the songs. Another night, my aunt again had her guitar out and my uncle brought out an instrument I had never seen, except on TV; wooden spoons. This is quite the instrument and takes a bit of doing to play properly. But it was just nice clean fun.

Interspersed with this was talk about the family throughout the years and their feeling of lost time with family who were Witnesses. They were still missed. And, they would definitely would be welcomed back to the family if they choose to leave the Witnesses.

So here I am perched on the edge of finding a family that is warm and loving and very welcoming.

Find your family. Give them a call. Let them know that you are out and want to get to know them. Some might hang up. Others might open their arms and welcome you home.