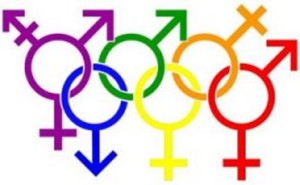 In college I took several course on human sexuality. The very first course was on the psychology of human sexuality and the professor started it off by saying that people were much more comfortable having sex than they are talking about it.  She then proceeded to ask the class for all the names for sexual bodies parts that they could name. Whoa. I had probably only heard of 10 of them while she went on to cover the two boards at the front of the class and moved on to another 1 ½ boards along the side of the room. Needless to say the course was an eye-opener for me especially since I was newly out of the Jehovah’s Witnesses.

As a counselor for women and men who were sexually abused as children, the issues around sexuality were many and we needed to talk about them. They had all been exposed to inappropriate sexuality as children and this definitely had an impact on their adult lives.

The same is true for many people who exit cults where sexuality is either considered very dirty and bad, something with many rules, or is an activity where the leaders decide who you will marry, when, and how you will have sex. Like many religions Jehovah’s Witnesses believe that sex is only acceptable within the bonds of marriage. But the leaders have a host of rules about the approved ways to have sex and what is and isn’t acceptable sexual behavior between and husband and wife. So it is no wonder many people have issues regarding sexuality after leaving the Witnesses.

A part of recovery has to include what normal sexuality is vs. what we were taught. What happens between and husband and wife is their decision. Examining the Witness’ rules about sex between a married couple is important so that left-over beliefs are not limiting sexual expression. Nothing should be forced or coerced by either party or by outsiders but experimentation, as long as both agree, can be fun and rewarding for both parties.

For those whose sexual orientation is not heterosexual many problems arise about their orientation or expression. They often had to sit at meetings and listen to how they were defined as being sinful and Satanic. There can be a lot of guilt and shame over sexual feelings. Learning to accept who you are and feeling strong enough to find happiness when it comes your way is an important part of your recovery regardless of your sexual orientation or identity. Moving away from negative religious attitudes “sin”, therapeutic definitions “abnormal”, or political “self-condemnation” is also important to your recovery.

We all need to reject external and rigid sets of rules or guidelines and be more open to accepting what we are personally comfortable with.

Therapists can help, if they are comfortable talking about sexuality. Ground rules for therapy would include knowing the opinions and interventions of the therapist to enable trust in the therapeutic relationship. Choosing a therapist who is able to put their own beliefs and biases aside is equally important especially when it comes to sexual differences.

I found that many people required a more scientific approach to discussions about sexuality mostly because they had so little accurate information. This allowed for greater curiosity and openness to discussing sexual issues.

Especially for those who were sexually abused as children or within a marriage or even by religious leaders’ encouragement should be to report the abuse when the person is ready. The goal of the therapist is to then help them be ready. As professionals who become aware of even suspected child sexual abuse we are required by law and their ethical guidelines to report the suspected abuse to the authorities and let them investigate their suspicions.

Awareness of unwanted aspects of one’s sexuality is necessary for understanding, growth and for those who desire it, self-control. 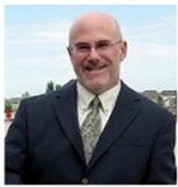 This is a summary of a presentation by Steve Eichel at the 2016 ICSA conference in Dallas TX.