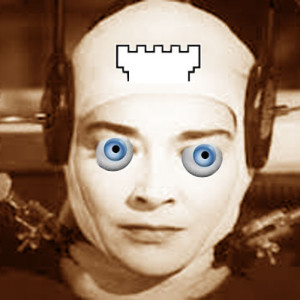 In most western-world countries, laws protect consumers from fraud and unethical business practices. But to date, there are no laws on the books that recognize destructive mind control, much less prohibit the use of it by cult-like religious groups. However, if my colleague Steven Hassan, the pioneer of exit counseling for cult members and a critically acclaimed author, and thousands of other ex-cult members have any say about it, that may soon change.

The mind, despite all of its strengths, depends on a stream of coherent information for it to function properly. Put a person into an environment where the senses are overloaded with incoherent information and the mind becomes numb. In this confused state, critical thinking skills don’t work and the mind becomes suggestible to those who would replace an individual’s self-interest with the group’s best interests.

Everyone, like it or not, is vulnerable to mind control. Everyone is looking for something better in life: more happiness, more meaning and more security. Recruiters prey upon these basic human needs. People don’t join; they are recruited, and more often than not, during a stressful time in their lives.

Mind-control religions use our fantasies of an ideal world to draw us in. The “love bombing” and the sincere, committed members that newcomers initially encounter prove far more attractive and convincing than the doctrines.

“It’s a process,” Hassan says, “imposed on people by other people.”

During that orientation process—it could be a seemingly innocuous six-month Bible study—irrational phobias are placed in the potential member’s unconscious mind. The first is that no one can really be happy and successful if they’re not a member of that particular religion.

After they become members, life is about sacrifice and living in a fantasy world created by the group. The need to live in the present is continually reinforced with warnings like “Armageddon is just around the corner,” giving members a sense of urgency about the tasks at hand. Those who begin to doubt will find leaving painful, as one of the penalties will be extreme shunning.

Children raised in these groups typically receive an inferior education, are taught that the world is an evil place controlled by the devil, and must rely on church leaders’ interpretation of reality.

Mind-control clichés like “we alone have the truth” or “all non-members will die at Armageddon” are continually reinforced, which puts up an invisible wall between believers and outsiders. This makes members feel special, believing they are counted among God’s chosen few.

Behavior control, Information control, Thought control and Emotional control (the BITE model) has great power and influence on the human mind. Together, these four control mechanisms are used by destructive religious groups to form a totalistic web, which can manipulate even the strongest-minded people. (Hassan provides a thorough explanation of how BITE works in his three best-selling books.)

And if that’s not enough, mind-control religious members are required to proselytize; research in social psychology shows that nothing confirms one’s beliefs better than trying to sell those beliefs to other people.

Given freedom of choice, people will choose what they believe is best for themselves. However, the criteria for determining what is “best” should be one’s own, not someone else’s.

Freedom of choice is the first thing that one loses when one becomes a member of groups like Scientologists, Moonies and Jehovah’s Witnesses. Unchecked, these groups will continue to wreak untold psychological and physical damage on millions of people who have no idea of what constitutes unethical mind control. Unless action is taken to make manipulative religious groups accountable to society for their violations of the basic civil rights of their members, in particular the children of members, they will continue to deceive the public into believing they are a harmless group of people, deserving the same constitutional guarantees as benevolent religions.

Grant money for research projects and treatment of mind-control victims is needed now. Reform within public education must be made to encourage people to think for themselves, to understand the psychological principles of mind control and to teach students to be suspicious of any environment that discourages them from asking critical questions. If you would like additional information, you should visit FreedomofMind.com.

Richard E. Kelly is the Managing Director of Advocates for Awareness of Watchtower Abuses (AAWA.co) and the author of Growing Up in Mama’s Club – A Childhood Perspective of Jehovah’s Witnesses and The Ghosts from Mama’s Club. The retired former president of a Michigan manufacturing company, Kelly was raised as a member of Jehovah’s Witnesses, and left the faith at age 20.