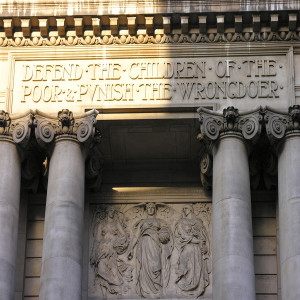 It was not the kind of decision that the Watchtower Society expected, as successfully justifying its crimes to members and courtrooms is almost taken for granted by the leaders of this high-control religious group.

But that’s exactly what happened on 13th June 2012 in the Superior Court of California when Candace Conti triumphed in her civil law case involving child sexual abuse by a member from her Jehovah’s Witness congregation. General damages of $7 million were awarded to Miss Conti. Costs were split between the Watchtower Bible and Tract Society of New York Inc. (27%), the North Fremont Congregation of Jehovah’s Witnesses (13%), and Jonathan Kendrick, the abuser (60%).

On 14th June 2012 Candace was awarded additional damages of $21 million. One hundred percent of that award was to be paid by the Watchtower Society, punishing them for their policies which permitted the concealing of pedophiles within the congregation.

On 17th July 2012 the defendants requested the judge to overrule the jury’s verdict and order a new trial in the same court.

On 24th August 2012 the JNOV[foot]”Judgment notwithstanding the verdict, also called judgment non obstante veredicto, or JNOV, is a type of judgment as a matter of law (JMOL) that is ordered at the conclusion of a jury trial. JNOV is the practice in American courts whereby the presiding judge in a civil jury trial may overrule the decision of a jury and reverse or amend their verdict. In literal terms, the judge enters a verdict notwithstanding the jury findings. This intervention, often requested but rarely granted, permits the judge to exercise discretion to avoid extreme and unreasonable jury decisions.” (Link to Wikipedia “Judgment notwithstanding verdict” page)[/foot] was denied, and a new trial was conditionally granted regarding the punitive damages against the Watchtower. A new trial was avoided when Miss Conti agreed to accept reduced punitive damages of $8,610,000.

The Defendants have now lodged an appeal to the case with four main arguments:

Of great interest in the Watchtower defense is the fact that they rely heavily on court cases against the Catholic Church to support their argument that they do not owe a ‘duty of care’ to children in their congregations. The Watchtower cites:

Contrast the Watchtower’s legal appeal in court with an article they published in their Awake! magazine:[foot]Awake! – December 8, 2005 p28/29[/foot]

By the end of 2004, three Catholic dioceses in the United States had filed for bankruptcy. All three were forced to take this step because of the financial costs of clergy sexual abuse scandals. Several other dioceses have talked about the possibility of having to file for bankruptcy, but the first to do so was the Archdiocese of Portland, Oregon, in July 2004. That action halted two lawsuits in which plaintiffs were seeking a total of $155 million in compensation for molestation. According to the National Catholic Reporter, “the archdiocese and its insurers already have paid more than $53 million to settle more than 130 claims by people who say they were abused by priests.” In September 2004, the diocese of Tucson, Arizona, became the second diocese to seek bankruptcy protection from multimillion dollar claims being brought against it. The diocese of Spokane, Washington, became the third, in December 2004.

While the Watchtower Society self-righteously reports public abuses within the Catholic Church, the Watchtower also relies on these very same cases to try to avoid any liability of their own.

While arguing that the WBTS and the Catholic Church have no duty to care for children within the church, the Watchtower does agree that restaurants and shops have a duty of care towards their customers. The Watchtower also argues that while doctors and counselors have a duty to report crimes confessed to them, Catholic priests and Jehovah’s Witness elders representing the Watchtower Society do not.

“Maintaining confidentiality” is a fundamental religious precept which Appellants believe is directly derived from Scripture” (defendant and appellant WBTS P46).

The Watchtower is careful to comply with legal requirements for reporting crimes, but will not go beyond the bare minimum. A cornerstone of their argument is that there was no legal requirement to report sexual abuse to the police in California in 1993 when Kendrick first confessed to the elders – so why should the Watchtower?

The Watchtower absolves itself of any moral duty to protect vulnerable members of their flock. Instead, it fights a hard-nosed legal battle to avoid any responsibility stemming from its policy of requiring “two witnesses at the scene” before a crime can be accepted as a reality. This conveniently enables the Watchtower to evade any responsibility for the child – while simultaneously protecting the pedophile and avoiding a lot of bad publicity being directed at “the organization.”

A further point of interest is that the Watchtower complains,

“The trial court imposed a duty upon the Appellants to warn the members of the congregation that Kendrick had molested a minor even though at that time Kendrick had neither been charged nor convicted of any crime arising from that conduct” (p48).

This raises the question: If the elders are under no duty to report this type of conduct, how will the molester ever be convicted?

One last noteworthy point is the argument the Watchtower uses to distance itself from the congregation while members are engaged in “field service” (door-to-door preaching). Jehovah’s Witnesses know that for all of them field service is obligatory. Elders must prepare and submit reports each week enumerating hours worked and literature placed so that the Society can plan printing schedules and monitor the “spiritual progress” of each active Jehovah’s Witness. And yet the North Fremont Congregation states in its appeal regarding field service:

“Not a required function or activity…”?

Every Jehovah’s Witness knows that within their congregations they will be shamed, blamed and threatened with blood-guilt and everlasting destruction if they do not spend some reported time every month in field service.

The Watchtower Society knows that it needs to keep the money coming in and the printing presses rolling without let-up to justify its existence. The organization would soon collapse without the free labor provided by Jehovah’s Witnesses and their willingness to live by the rules the Society enforces.

Louise was born-in and raised as a JW after her parents, poor and far from home, were contacted by Jehovah’s Witnesses during a trip to Melbourne, Australia. Her family returned home to England when she was three, where they remained devout JWs in a congregation near Leeds.

When she was 16, she quit school and became a window cleaner so she could “pioneer.” At 18 she left home and lived on her own in a bedsit in Southampton. She continued to pioneer until she was married at age 20. After getting married, she decided that she needed a better education and enrolled in a local college. She was still a JW when she obtained her Law Degree.

After her first baby was born, she left the Witnesses, though still believing she had left “The Truth”’ and faced destruction at Armageddon. But something deep inside her could not bear to force her child to be raised in the religion. Five years later she read Crisis of Conscience, but it still took another five years of research before she fully “woke up.” In January 2014 she decided she should become an activist and help others to also “wake up.”