Watchtower’s 135-year-old history is mired in misinformation; some of it silliness that has probably caused little harm. But misinformation related to Watchtower’s blood transfusion policy is another story. One statistician estimates that at least 50,000 people have died prematurely due this poorly constructed and misguided policy

So we took it very seriously when an articulate Jehovah Witness submitted a well-written response to AAWA’s July 1, 2015 article about Watchtower’s ever changing blood policy. While we’re sure that he meant well, his dangerously inaccurate comments begged for a rebuttal. His mimicking of Watchtower’s misinformation on blood transfusions needed to be unraveled from what little he knew that was true. But first, here is what he had to say:

“It amazes me how this still sparks debate. I’m an active Jehovah’s Witness but not all my family are and NONE of us would accept a blood transfusion. I’ve even spent time working with the medical field and wouldn’t touch blood at all. Heck, there are even bloodless hospitals in the USA, so are you saying those doctors are wrong? 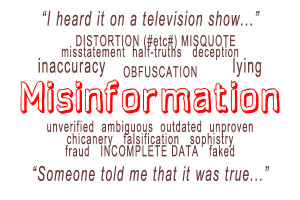 “Nobody ever dies from not having a blood transfusion; they die from the seriousness of their injuries. Transfused blood takes 24 hours to be able to carry oxygen (as it’s stored in refrigerators) so for the first 24 hours it just acts as a volume expander but with all the dangers a blood transfusion has. I’d go for the blood free 100% safe option. Yet, you medically uninformed people and JW haters still harp on about blood transfusions and how they should be accepted. Ask a trained Pediatric Surgeon like Peter Earnshaw in the UK why he operates on children without blood if it’s so necessary!”

Our Lee Elder was quick to respond – although no one but an unduly influenced, hard-core JW apologist would call Lee “medically uninformed” and a “JW hater.”

Here is what Lee reported to the Jehovah’s Witness – a man named “Joe”:

“Joe, your comments speak to the effectiveness of the Watchtower’s campaign of misinformation on blood. If you carefully study Watchtower literature you will find they have used many of the same arguments regarding blood transfusions as they used in the past regarding vaccination and organ transplants. I am going to address the points you bring up, but let’s first set the record straight.

“1. At present, the Watchtower permits the use of 100% of blood products as long as they are sufficiently fractionated. Here is a list of WTS permitted blood products:

“The largest single component in blood is hemoglobin and the WTS permits it. In fact a red blood cell is nothing more than a doughnut shaped bag of hemoglobin!

“2. Nowhere in the Bible can you find any scriptural support for the notion that some parts or components of blood are acceptable and others are not. The WTS simply makes this nonsensical rule up out of thin air. All blood components pass through the placental barrier (this is another bit of WTS malarkey we have thoroughly debunked and forced them to stop using).

“3. Blood transfusions have well-known risks, but the WTS exaggerates these and uses very old data that makes them appear much more risky than they actually are. Here is a balanced view:

“4. The riskiest type of blood transfusion is an administration of clotting factors because they come from a pool of donated blood. This is something WTS policy has permitted for nearly five decades. So when a JW feels that the policy protected them from AIDS they are very mistaken. JW hemophiliacs had the maximum exposure to AIDS.

“Dr. Margaret Hilgartner of the New York Hospital-Cornell Medical Center said: “A severe hemophiliac is exposed to the blood of 800,000 to 1 million different people every year.” (Awake! Oct. 8, 1988, p. 11)

“As to the points you bring up. First that, ‘no one ever dies from not having a blood transfusion’. This is misinformation. You are essentially saying that it is impossible to die from anemia. Any doctor will tell you this is not the case. There are many, many situations where a transfusion of one of the forbidden blood products is the only viable medical treatment to keep a person alive. Yes, it’s true that in cases of mass trauma many patients die from their injuries.

“Frequently, however, a blood transfusion can buy doctors time to repair injuries. Nonetheless, blood remains essential in many complex gynecological and obstetrics cases. Diseases of the blood like leukemia, lymphoma and whole range of conditions that can cause your body to quit making red blood cells. No oxygen equals death. It’s really that simple.

“There is a BIG difference between elective surgery where blood conservation techniques like cell salvage and hemodilution can be employed, and the situations described above. The WTS goes to great lengths to promote these and communicate that there is no need for blood but this is simply not true.

“Blood volume expanders are useful for maintaining hemodynamic stability. They will not, however, transport oxygen. Over 60% of Jehovah’s Witnesses whose hemoglobin levels drop below 6 die.

“While blood transfusion inefficacy can result from what is referred to as “storage lesion”, it is not a well understood phenomenon. It may be related to storage time or the age of the blood but it’s not clear. Regulatory measures are in place to minimize the effect including shelf life (42 days). That acknowledged, in cases of massive blood loss preference may be given to FWWB (fresh warm whole blood).

“However, this notion that it takes 24 hours for blood to begin carrying oxygen to your cells appears to be something of an “urban legend” among JWs. There may be some obscure pseudo scientific basis behind it – not really sure. I don’t know of any hard science that supports it. You can be assured that if a patient is bleeding out, doctors have very sound reasons for hooking them up to a rapid infusion machine like the one manufactured by Belmont. Take 90 seconds and watch the video on this page:

“It is very similar with severe childbirth complications such as atonic uterus, uterine rupture, retained placenta, placenta praevia or accreta, and placental abruption. We frequently see JW women die from these conditions because there are no effective substitutes for red cell transfusion. Recent published medical research indicates that a JW woman has a tenfold greater risk of dying during childbirth, and what for? This is a policy that has a flimsy scriptural basis and is riddled with contradiction.

“While we will never know the exact number, it is not a stretch in my opinion, to estimate the number of those sent to an early grave by this policy at in excess of 50,000 JWs. Dr. Muramoto published that approximately 900 JWs die annually. That was 15 years ago and the organization has grown – especially in 3rd world countries with limited blood conservation equipment. I am fairly certain the number is higher now – perhaps 1000 per year.

“Joe, I was a 3rd generation JW, regular pioneer, ministerial servant and elder for two decades. I don’t have any desire to have a blood transfusion and I hope you don’t ever need one. The truth of the matter is that it’s an organ transplant – so its serious business. If I have any viable alternative, I would take it. I would not, however, die over this silly policy. Sooner or later it will be completely gone just like the ban on vaccination and organ transplants.

“They are products of an older generation of JWs who had a very bad understanding of science and confused a blood transfusion with a meal. They have been stuck and slowly digging their way out for 50 years. Read the material at AJWRB. Much of it was written by HLC members and elders who are very familiar with the policy and they have seen how it plays out in the lives of individual JWs. If you do your own research, I am fairly certain you will reach the same conclusions that I did.

Apparently, the JW was impressed, as you will see by his response, which follows:

“Cheers Lee! By the way, what do you think to this non-JW site that promotes bloodless surgery? http://noblood.org/ It makes sense what you say about the fractions. After all, blood is blood!”

“Bloodless surgery, on the other hand, makes use of the same techniques but under no circumstances uses a blood product currently forbidden by the WTS. It is essentially WTS approved surgery, WTS approved blood products. In other words – it is a ticking time bomb waiting for the right situation to explode in your face. Can it work? Yes. It can work very well if everything remains straightforward. It can also send the patient to the morgue. So while I respect every adult’s right to choose either approach. I am not a supporter of ‘bloodless medicine.’

“It also greatly disturbs me that most JWs take these additional risks on without understanding the actual risks/benefits. Very difficult to see how they are meeting the legal standard of giving ‘informed consent’. Unfortunately, we often get involved in these situations too late to be of any real assistance. The only real alternative is to educate physicians and that presents its own challenges.”